Investing in a solar photovoltaic (PV) system can be the single best investment that an Apartment Complex owner will ever make. Solar will provide the apartment complex owner with a serious competitive advantage over other apartment complex competitors that do not invest in solar. All apartment complex owners that do not invest in solar today will be forced pay higher and higher prices for electricity as the electric utility companies continue to increase their electricity rates as the cost for coal and gas increase and carbon taxes are implemented by the federal government.

How solar power has changed over the last 10 years

Solar power is in a tremendously different place today than it was in 10 years ago. Below are a handful of impressive stats about solar power’s growth, as well as some general stats about solar energy potential that are also quite noteworthy. 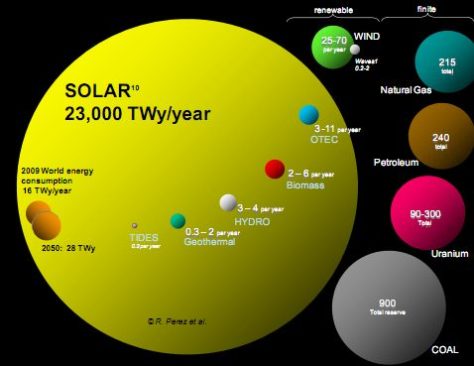 [Source: A Fundamental Look at Energy Reserves for the Planet]

2. Approximately 66% of installed world solar PV power capacity has been installed in the past 2½ years.

Furthermore, total installed capacity is projected to double in the coming 2½ years. 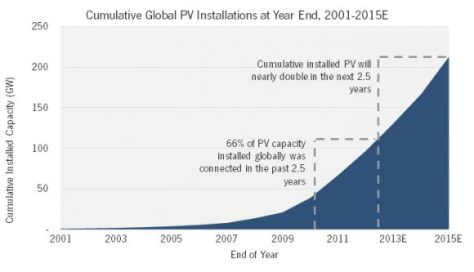 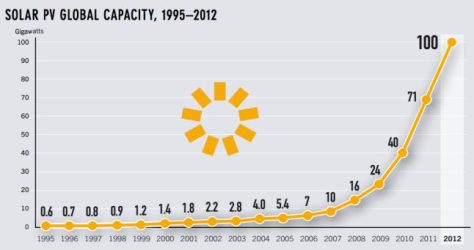 4. There are now about 1.36 million jobs in the global solar PV industry.

There are also about 892,000 in the solar heating & cooling industry. 5. Germany accounted for nearly one third of global solar PV capacity at the end of 2012.

Italy (16%) and Germany (32%) combined accounted for nearly half of global solar PV capacity. 7. The sunshine hitting Texas in one month contains more energy than all the oil and gas ever pumped out of the state. 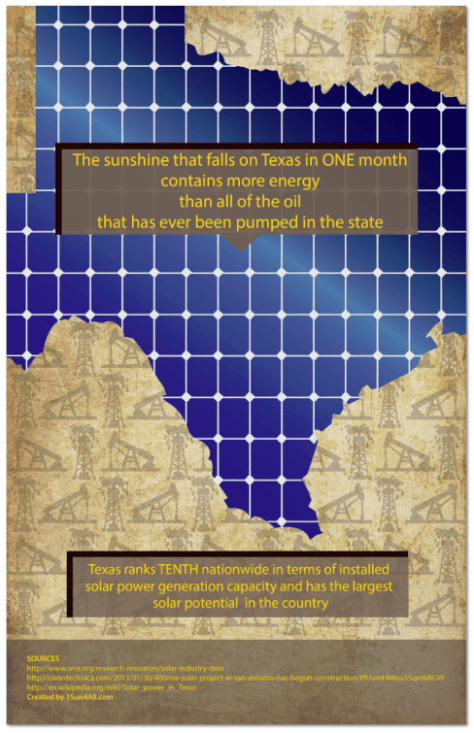 Those are some of the most impressive solar energy facts and charts I’ve seen, but please let us know if there are some big ones you think I’m missing.

Editor’s note: This is a guest post written by Zachary Shahan, editor of CleanTechnica and Planetsave. The views expressed in this post do not necessarily reflect or represent the views of ABB or its employees.

Last week Salt River Project (SRP) announced that they lowered their solar rebates for residential solar photovoltaic systems installed within their service area in Arizona.  They decreased the rebate amount offered from $2.15 per watt to $1 per watt.  If you have been paying attention to solar rebates in Arizona then you likely have noticed that they have continued to decrease, at least the offerings from both major utility companies, SRP and APS.  Therefore, it is likely that the solar rebates in Arizona will soon be eliminated altogether for residential customers so if you plan to have a solar photovoltaic or solar thermal system installed on your home then now may be the best time.